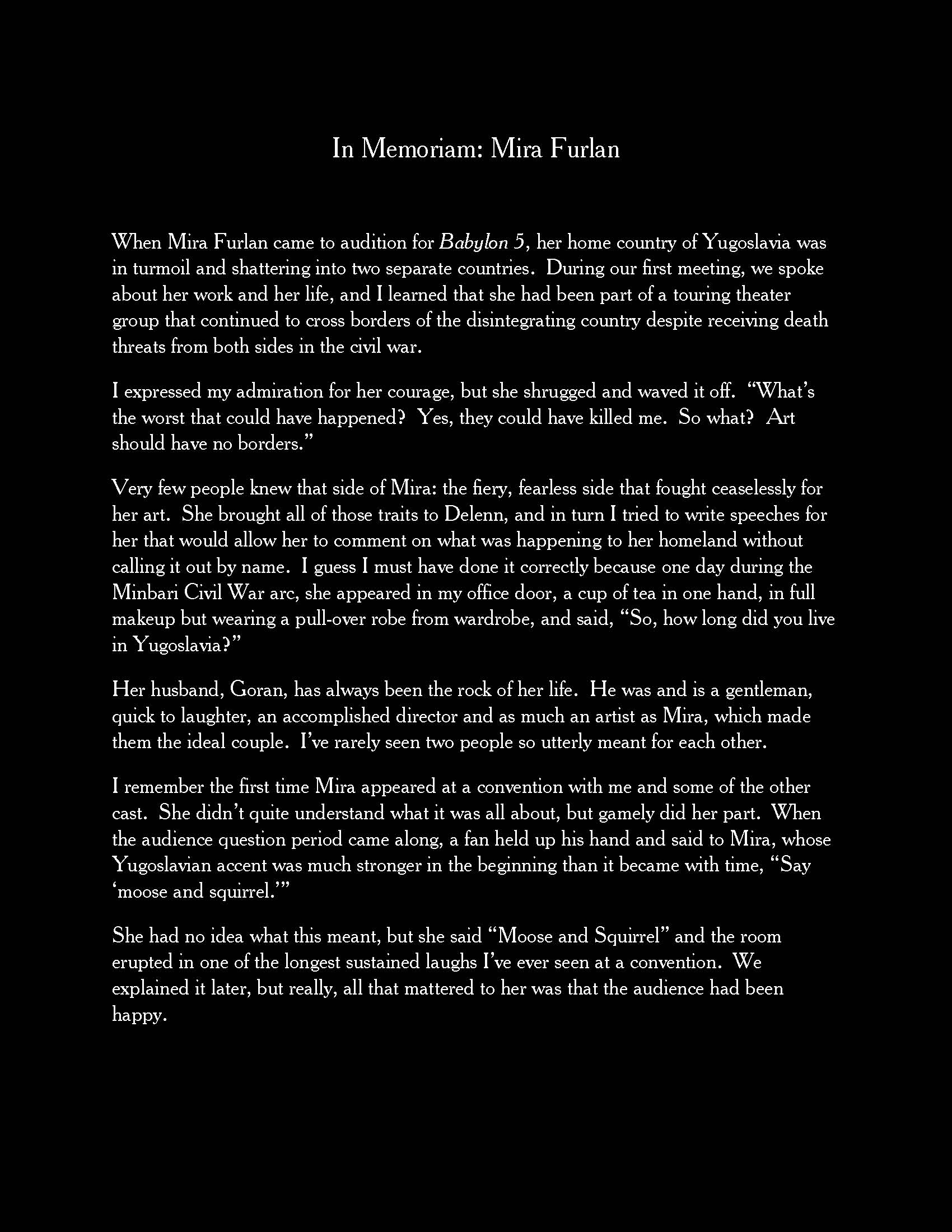 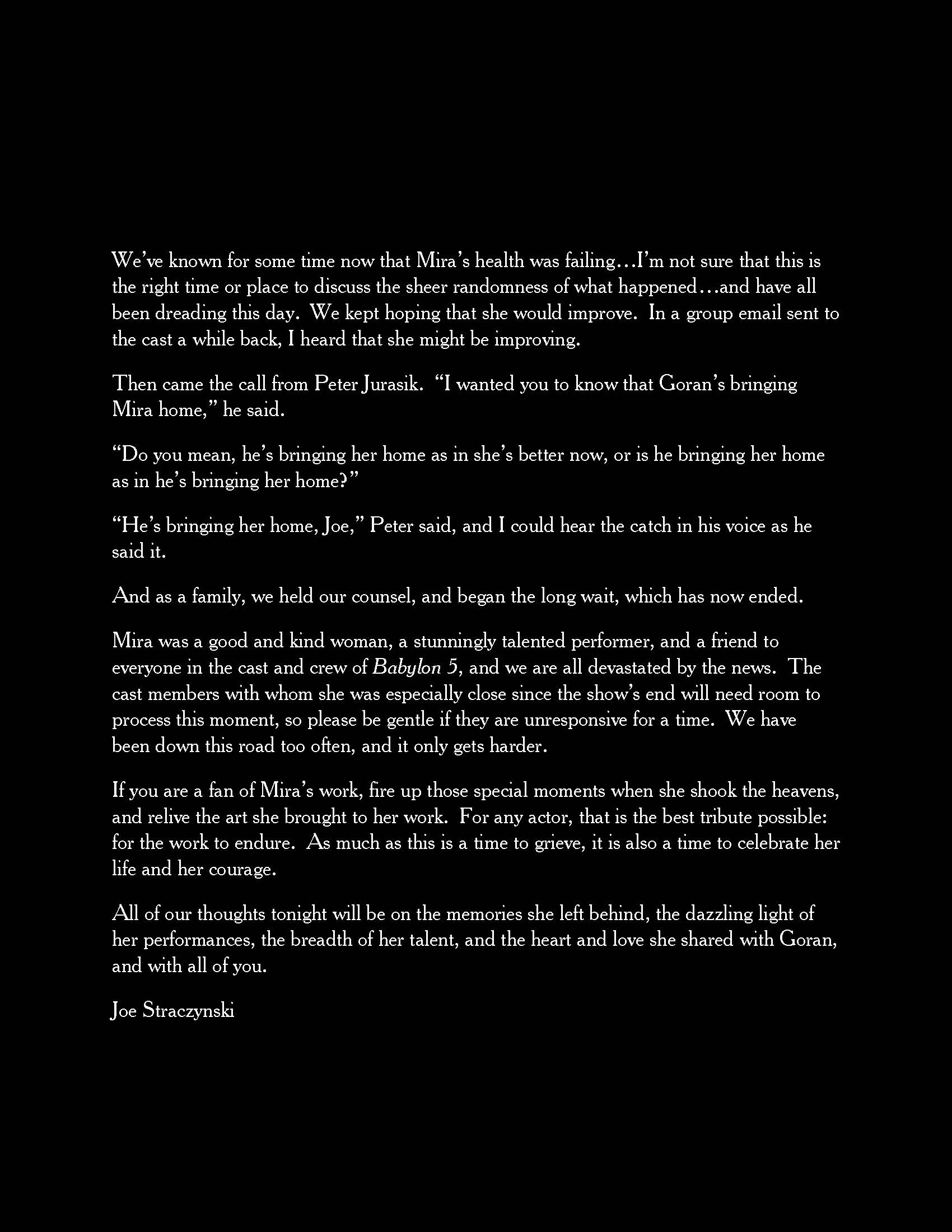 "May God stand between you and harm in all the empty places where you must walk." - Ancient Egyptian Blessing

Ivanova is always right.
I will listen to Ivanova.
I will not ignore Ivanova's recommendations. Ivanova is God.
AND, if this ever happens again, Ivanova will personally rip your lungs out! - Babylon 5 Mantra

There is no "I" in TEAM. There is a ME however.
Top

Shit.
What kind of dark wizard in league with nameless forces of primordial evil ARE you that you can't even make a successful sanity check versus BOREDOM? - Red Mage
Top

God damn it. Why does it seem like the B5 cast is dropping like flies?
You will be assimilated...bunghole!
Top

Her portrayal of Delenn has always stuck with me, just the gravitas she brought to the role.
Top

Alas, another soul has passed on to that land from which none return. I will treasure the art she gave to all of us.
A life is like a garden. Perfect moments can be had, but not preserved, except in memory. Leonard Nimoy.

Now I did a job. I got nothing but trouble since I did it, not to mention more than a few unkind words as regard to my character so let me make this abundantly clear. I do the job. And then I get paid.- Malcolm Reynolds, Captain of Serenity, which sums up my feelings regarding the lawsuit discussed here.

If a free society cannot help the many who are poor, it cannot save the few who are rich. - John F. Kennedy

Delenn was the heart of the show, imho.
RIP Mira.

RIP
When you look at one of those "where are they now" videos on Youtube, all of the B5 cast are old

Like JMS said, now is the time to look at her best moments in B5 (and Lost).
--
Mis nad siis tulevad meie õue peale kaklema!
Top

The remaining cast are starting to get up there, but on the contrary a huge chunk of the core cast and regulars are already dead, dying only in their late 50s and early 60s.

'Secondly, I don't see why "income inequality" is a bad thing. Poverty is not an injustice. There is no such thing as causes for poverty, only causes for wealth. Poverty is not a wrong, but taking money from those who have it to equalize incomes is basically theft, which is wrong.' - Typical Randroid