This is a minor point, but one I'd like to make, in Enterprise we get to see the ships of the Vulcans before the Federation and frankly they are some of the best designs in Trek. 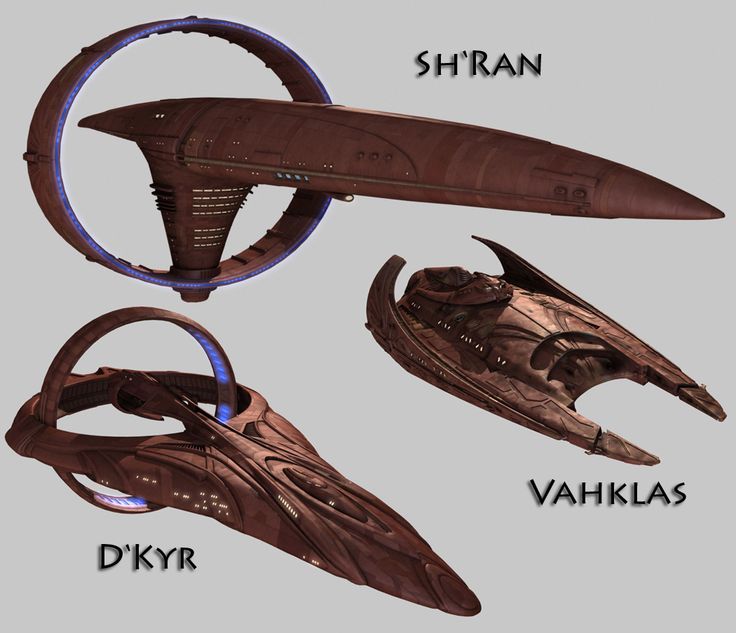 There's a basic form (pointy front, ring shaped nacelle towards the rear, broken in the case of the Vahklas, lines that have a curve out and have an art deco look to them) to them and it's followed with variations on the theme. There are also a few shuttles and fighters which are not shown here along with these that slot in with the listed vulcan ship classes. Compare and contrast that with, for example, the Romulans from the TNG era. When it comes to Romulan ships we have the D'deridex, a Science Ship, The Valdore class in Nemesis* and Shuttles. With the Cardassians we have the Galor class, the Galor class with a box glued on top, the Hideki class and the one shot missile from Voyager. These are not species of the week, but the principle players in on going story arcs. Over the course of Three Series their fleets were less developed than those of the Vulcans in Enterprise.

Say what you will about Enterprise but the ship designers and modelers did their job damn well.

*I'm not counting the Narada because that's a funky Borg/Romulan Hybrid made well after the end of the TNG Era and the Scimitar because that's a Remen design and Nemesis was crap. Nor does that Freighter design which was used by both the Klingons and the Cardies.

It's one of the reasons I rather appreciate Enterprise. They gave us a definite feel for Vulcan culture regarding their architecture, art, and ship design. Trip and T'pol even have a conversation about it when they visit her childhood home.


Home wrote:TUCKER: Volcanoes, ancient ruins, fire plains. I'm not sure where to start. So, this is where you grew up. It's not like I imagined.
T'POL: Meaning?
TUCKER: Well, it's beautiful.
T'POL: Vulcans appreciate beauty.

People, even in-universe, forget that Vulcans aren't walking calculators, but can also be soulful artists and expressive in other ways besides openly showing emotion.

FaxModem1 wrote: ↑
2019-04-06 09:34pm
It's one of the reasons I rather appreciate Enterprise. They gave us a definite feel for Vulcan culture regarding their architecture, art, and ship design. Trip and T'pol even have a conversation about it when they visit her childhood home.


Home wrote:TUCKER: Volcanoes, ancient ruins, fire plains. I'm not sure where to start. So, this is where you grew up. It's not like I imagined.
T'POL: Meaning?
TUCKER: Well, it's beautiful.
T'POL: Vulcans appreciate beauty.

People, even in-universe, forget that Vulcans aren't walking calculators, but can also be soulful artists and expressive in other ways besides openly showing emotion.

Yeah the thing to remember is that according to lore Vulcans do have emotions and when written well they do express them in understated and some what covert fashion true but express them anyway. Granted when written poorly they sound either emotionless or bored (that is when they're not written as stuck up pricks and sometimes even then).

)
I may be an idiot, but I'm a tolerated idiot
"I think you completely missed the point of sigs. They're supposed to be completely homegrown in the fertile hydroponics lab of your mind, dried in your closet, rolled, and smoked...
Oh wait, that's marijuana..."Einhander Sn0m4n
Top

If there was one thing I think Enterprise did right it was how the series and the ship's looked. The Vulcan ships are a good example of this - familiar enough to not be alien but different enough to show they had their own independent technological development - something that was lost by TOS/TNG when everything was "hull and 2+ nacelles" apart from the Cardassian ships.

The show did a lot of things right - the modellers, the set designers, the costume designers and so on. They just got let down by shitty writing, characterisation and laughable "plot arcs" prior to season 3.
Baltar: "I don't want to miss a moment of the last Battlestar's destruction!"
Centurion: "Sir, I really think you should look at the other Battlestar."
Baltar: "What are you babbling about other...it's impossible!"
Centurion: "No. It is a Battlestar."

Corrax Entry 7:17: So you walk eternally through the shadow realms, standing against evil where all others falter. May your thirst for retribution never quench, may the blood on your sword never dry, and may we never need you again.
Top

There were more designs than just the Cardassians that lacked nacelles. Klingon BoP, Ferengi, bigger dominion ships, tholian ships, plenty of ships of the week didn't either.

On the one hand, it's nice to see diverse space ships and alien races have distinct designs for identification and characterisation and so on, on the other it wouldn't be implausible for ships to gravitate to one practical design enforced by the physics of space/warp travel. If the physics was that dual nacelle designs are the only/best way to warp, that's what most all/most people would have.

The ENT Vulcan ships are cool a nice blend of the only other vulcan ships we saw. The First Contact lander and the Unification transports (which had a sort of circular structure on them possibly for warp.) Reading background notes of Memory Alpha the designer really did care about canon and fitting in with what we know but did have edicts from on high to deal with. Which is why we ended up with the Akiraprise and a D7 cgi model from Ds9/Voyager just flat out dropped into an early episode unaltered.
To the brave passengers and crew of the Kobayashi Maru... sucks to be you - Peter David
Top

I'm going to add to the Vulcan aesthetic from Enterprise. Here is a shot of the Vulcan capital: Vulcan Capital

Note the similarity between their shuttle on the landing pad and their skyscrapers. The Art Deco curves mixed with the almost Gothic design in their skyscrapers. One wonders if, since this is their capital, there was an aiming for an older civilization with the building of their capital buildings, having them all draw from the same style. Similar to how Washington DC draws a lot from Greco-Roman design in their architecture.

Now here's a shot of their main meeting hall for the leaders of the High Command: High Command Conference Room

Note the curvature of the table, the glass ovals, the almost art deco wall art. It'd almost fit as a 1930s board room, but is still alien enough to be something else.

Now let's look at T'pol's family home. First off, we get to see a Vulcan suburb, with the major city in the distance: Vulcan suburbs

Look at how the houses in the foreground are clearly a form of masonry and wood, with a similar aesthetic to Vulcan monasteries, while the skyscrapers in the background have similarities to the Vulcan capital, but are much leaner and keep that Vulcan aesthetic of having the holes in their buildings, to maintain that aesthetic of curvature.

Now, let's look at the interior. First off, they T'pol's home has a courtyard, with fire pit and garden: Courtyard

Note the design on the wall tiles behind Trip.

I like how their equivalent of a sofa doesn't have a back to it. Vulcans are probably used to having proper posture, and don't often see the need for a back to lean on.

We also get to see the guest bedroom that Trip uses: Guest Bedroom

It does have a backed chair, but this seems like a room wherein you are supposed to make yourself ready for the day.

Now let's compare this to P'Jem, the Vulcan monastery: exterior close up

Similar modeling, but of a different era and/or style than T'pol's home, with more focus being on stone and woodwork. Now let's look at it from a distance: exterior far shot

The bridge is made of the same stonework and wood as the building, with the curvature being there. Note again the circular holes that are up too high to be windows, and are meant for natural sunlight to come through. It's not as curvy as modern Vulcan architecture, but you can see that the designs have a relationship with circles that continues to the 22nd century.

A note on jewelry. T'pol's family IDIC is clearly modeled after Spock's IDIC from TOS, only being less gaudy and more approaching an old family heirloom: T'pol's IDIC

Note the purpose of it and the original IDIC, various shapes, materials, and styles coming together in harmony with each other. When that's a key part of their culture, it naturally can be seen in their aesthetics, whether it be their ships, clothing, or buildings.

To sum up, the keyword for their design is harmony. It's a stark contrast to their design in the Kelvinverse, with the designs going for more of a alien blocky design.

I have always thought if warp fields work the way jordy and William said then the nacels should have been rings not long tubes like human's and basically every one else.
Top

Hmm... <puts on treknobabble hat for a moment>

Maybe the lots of small round warp coils in the nacelles are needed to generate a warp field as well as the more efficient single large ring on Vulcan-built ships?

Sorry, while I find the warp ring cool and intriguing, I think the general design of ENT Vulcan ships to basically be shit logs with cool warp ring on it. I thought pretty much all ENT designs are pretty bad. The delta winged ship and the Conestoga being the exceptions.
They say, "the tree of liberty must be watered with the blood of tyrants and patriots." I suppose it never occurred to them that they are the tyrants, not the patriots. Those weapons are not being used to fight some kind of tyranny; they are bringing them to an event where people are getting together to talk. -Mike Wong

But as far as board culture in general, I do think that young male overaggression is a contributing factor to the general atmosphere of hostility. It's not SOS and the Mess throwing hand grenades all over the forum- Red
Top
Post Reply
9 posts • Page 1 of 1